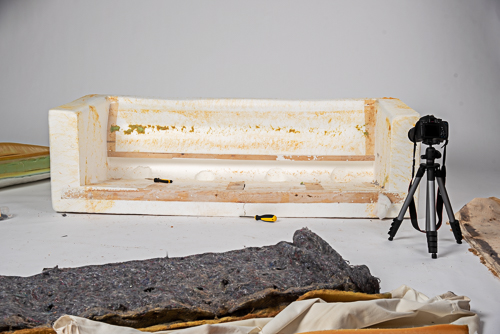 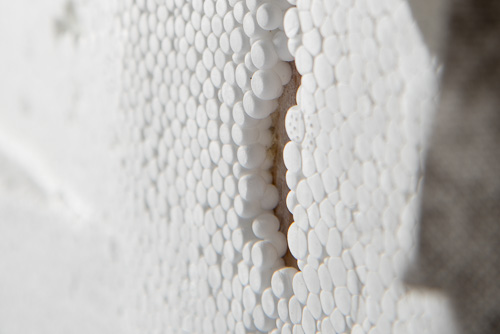 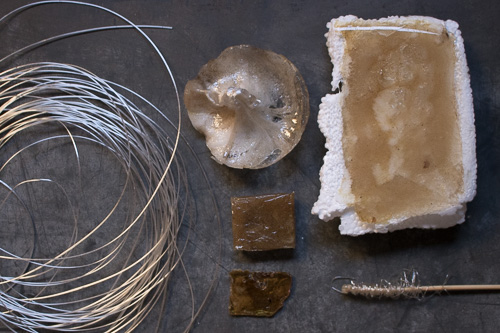 When taking the couch apart, I quickly found out that the majority of the couch was made out of styrofoam. The basic shape consists of this material, with the other materials wrapped around it and placed on top of it.

Styrene is named after the resin of a tree, and it occurs naturally in things that we eat. That makes it seem quite harmless to me. But when melting it, the smell was rather intense.* So I did some research on the toxicity. As you can see in the drawing, it’s not harmless at all. I had to take this in consideration while designing.
It was one of the bigger dilemma’s in my project. Did I want to continue working with a material of which I knew it was harmful, or should I stop working and designing with it, and not reuse the main material of the couch. I had to decide what was more important for the project.
Bringing the styrofoam to a recycling centre turned out to be the best solution. In this way the styrofoam would be recycled. But by people who know how to work with it in a safe way.

*When melting the material, the 98% air trapped in the styrofoam ‘bubbles’ comes out. But it’s not just air. The binding between the styrene molecules is not that strong, so some of those molecules float with the air. The intense smell is caused by those tiny pieces of plastic entering the body via the nose.